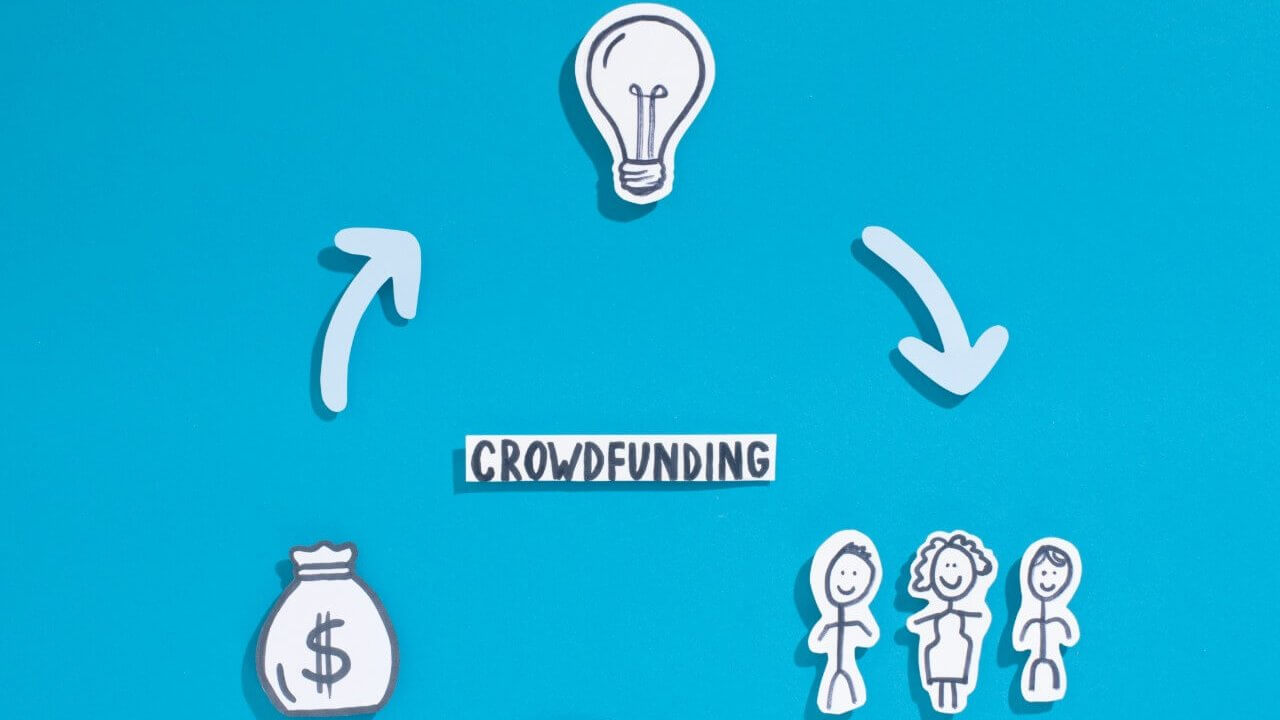 The notion that you could go to a group of peers and ask them all to make a micro-donation towards your business venture would have seemed laughable before the advent of the internet. But today, crowdfunding is a maturing business vehicle, used to seed hundreds of business ventures every month. It’s a remarkable innovation.

Figures from Statista indicate that total crowdfunding reached more than $17.2 bn in America at the last count, with more than 375 crowdfunding platforms in operation. The technology for crowdfunding existed before the 2008 financial crisis, but the credit crunch and subsequent recession gave it a big break that it needed.

Entrepreneurs continued to have great ideas through those years, but the banks didn’t want to lend to preserve their balance sheets. People had no choice but to go directly to each other, missing out the middleman. Global reward and donation P2P (peer-to-peer) crowdfunding totaled more than $5.5 billion worldwide in 2017 alone.

Donation crowdfunding is where individuals make a small contribution to a project alongside hundreds or thousands of people. Typically, the dollar amount of these donations is low, with donations running at less than $100. And the purpose of the donation is not to make a profit in return, but rather to see a particular project come to fruition.

Donation crowdfunding is popular in the video games industry, for instance. A video game developer will go to the gaming community and tell them that they plan on making a game, but that they would like gamer support to make it happen.

Sometimes major video game publishers are unwilling to fund a game, either because it’s controversial or they don’t think that there’s a market for it. People who would like to play the game pay the developers directly to make it with the upshot being that when the game is made, they can enjoy it.

Donation crowdfunding can be purely donation-based, but not always. Video game developers, for instance, will often offer donors in-game incentives, depending on the value of their contribution, with top-tier donors receiving the biggest and best perks. Typically, there will be some kind of financial reward if the project is successful. Donation crowdfunding often goes hand-in-glove with reward crowdfunding, but that is not always the case.

People won’t often donate to a commercial project for the sake of it: they want something in return. As discussed, these rewards can be perks, like special skills or abilities in video games, but they can also be financial. Sometimes companies will promise a share of the profits, should the project take off.

The rewards, however, don’t have to be big. Many companies will say thank you in a lavish way, such as putting the names of prominent donors in the credits of their product or immortalizing them on their website. Others often just write a hand-written thank you note.

Debt crowdfunding is fundamentally different from the two types of funding we’ve described so far. In the debt-based model, lenders hand over their money to SMEs with the expectation that they will be repaid in full. The company is, therefore, in debt to its crowd creditors in just the same way that it would be if it took a loan with a bank.

Many small and medium-sized enterprises use crowdfunding platforms to attract seed capital funding. A crowdfunding campaign can often generate a substantial amount of credit that a firm couldn’t obtain through traditional funding channels. Typically, small firms ask for money for highly experimental projects that would be too risky for either banks or venture capitalists to fund.

For people prepared to accept the risks, debt-based crowdfunding can be lucrative. Lenders are often able to charge high-interest rates, with a high expected return on the money invested. There are, of course, substantial risks, such as the company failing to create a quality product or insufficient investment to cover costs.

Equity crowdfunding works in much the same way as the crowdfunding methods we’ve discussed so far but with an important difference. As before, lenders sign up to a crowdfunding platform, like Kickstarter or Indiegogo, and then plow money into a venture that excites them (or they think will generate a positive return).

However, the nature of investment is different. Rather than buying debt, as in debt crowdfunding, investors buy equity – a share in the future profits of the venture. In a sense, equity crowdfunding provides investors a similar setup to the public equity markets: a chance to own a share of the profitability of a company in exchange for money today.

The great thing about equity crowdfunding is that investors aren’t just throwing money at a passion project and hoping that it will come to fruition: they stand a chance of actually making good money if the product is a success. In the video game example, an investor would donate, say $1000 in exchange for 100 shares out of a total of 10,000. The developer might then make $500,000 in profits from the game, netting the initial investor a $5,000.

Of course, that’s a much-simplified example, but it gives you a good idea of the money investors can make through equity crowdfunding. Equity crowdfunding, however, is still in its infancy. Only 1,400 entrepreneurs tried it in 2017 out of a total of six million. It’s not a bad strategy for raising cash, just one that the majority of people still don’t know about.